Instead of going to Comic-Con in San Diego I went to Tijuana for the day.
The whole day total was 1110 pesos $74, a lot cheaper than Comic-Con, and I got in a lot of exercise walking. Bus and taxi fees were most of the cost.
I have a lot of mixed emotions about Tijuana, but overall it felt like a much bigger, dirtier version of Ensenada. There were gigantic "suburb" like housing areas, and interspersed everywhere was horrible poverty, squalor, trash, and people who are clearly just surviving.
As the bus drove through the city there were more affluent areas, but the percentage of nice to run down shacks was low.
I went to Zona Norte, the red light district of Tijuana. I was there just to check the place out on this trip, I may go back for an overnight visit. Zona Norte seems like every other part of Mexico I've seen so far, doing everything humanly possible to remove dollars from tourist wallets, oh yeah, and hookers.
I didn't take any pictures of the hookers, but someone else filmed the same streets I was walking, this is exactly what I saw yesterday afternoon.
https://m.youtube.com/watch?v=mpfO_QSB5BA
I expected Tijuana to be different, but to me, it's the same thing I see all over this area, just WAY more city.
Just my opinion of yesterdays very limited bus trip, and being someone who has never left the U.S. before.
To be honest, Tijuana made me deeply sad. 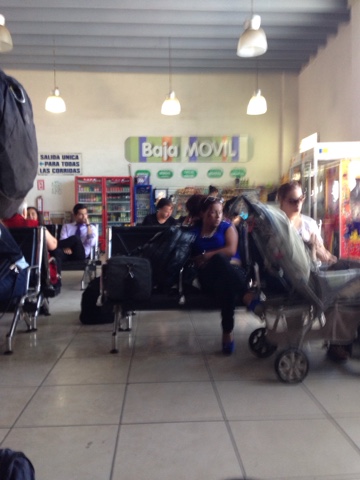 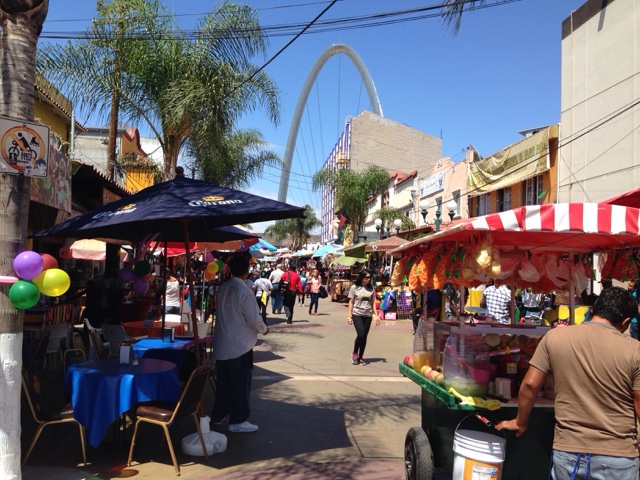 The areas around Zona Norte 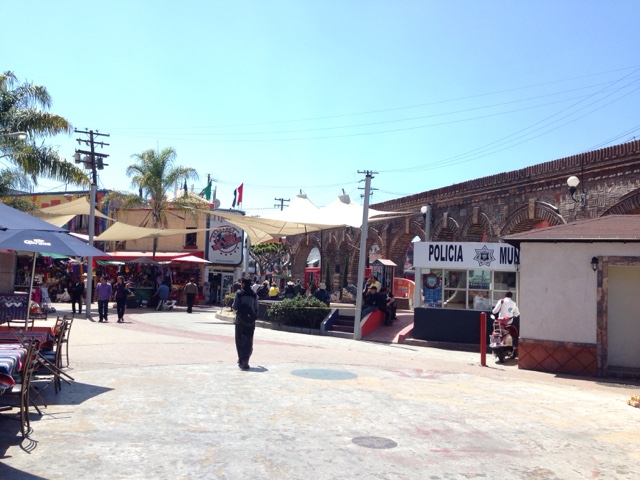 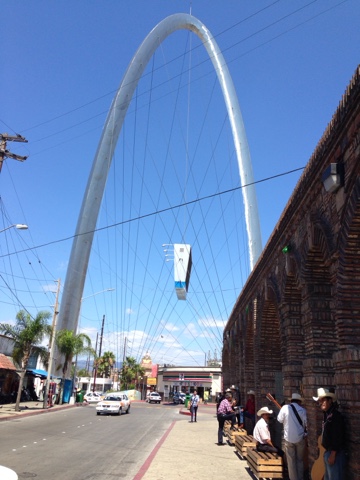 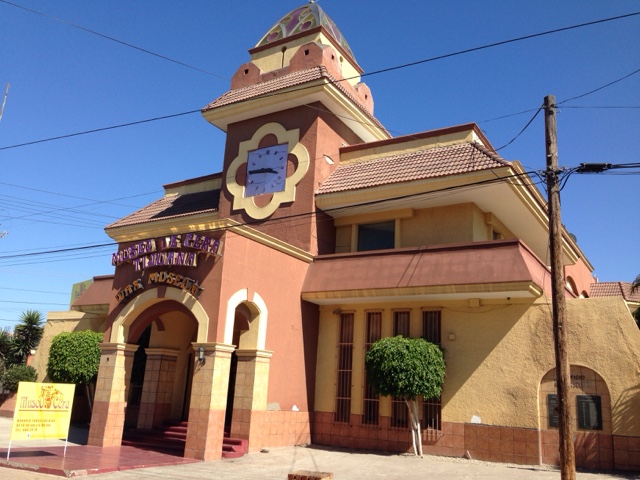 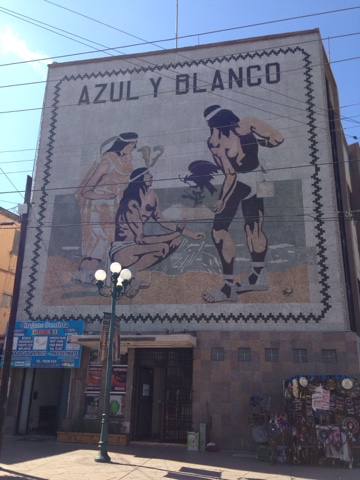 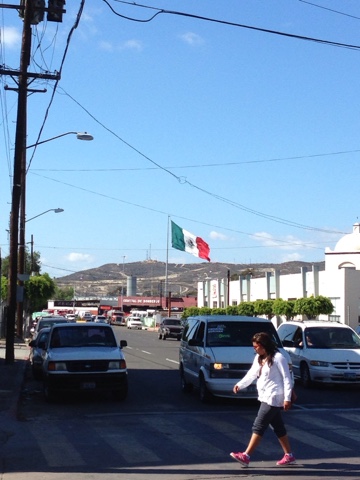 That is the giant flag that is near the border crossing, at least I think it is, some guy told that to me as I was standing there looking at it. 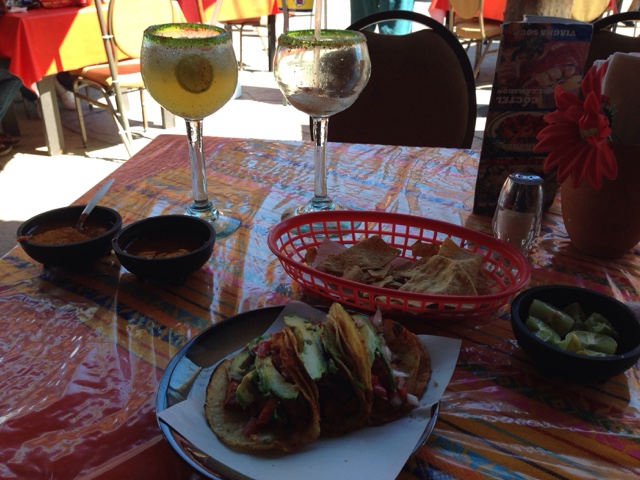 2 for 1 Margaritas, tacos, 80 pesos $5.33
30 minutes later I was shitting my brains out, only for a couple minutes, then felt fine. The food all tasted good, not sure what set me off, I regret nothing. 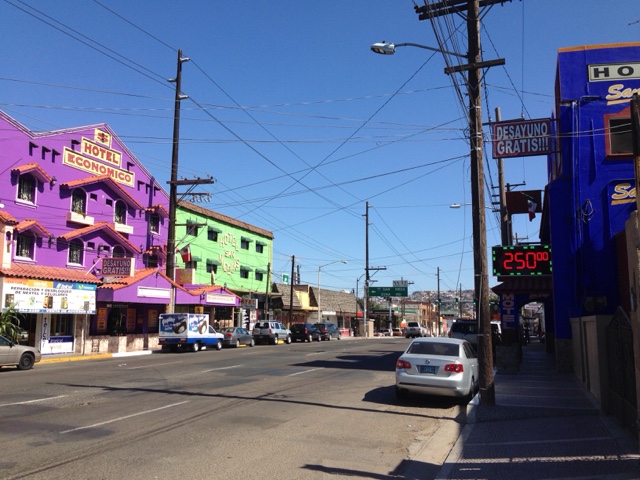 Hotels everywhere, by the hour or longer 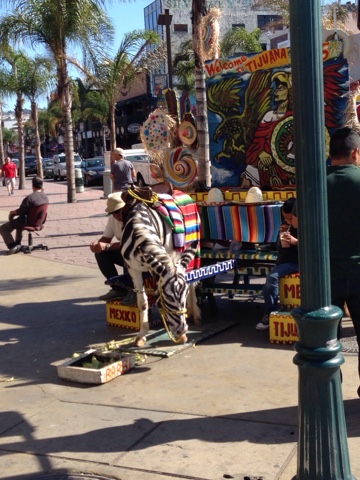 This is a very popular thing here, painted donkeys you can sit on and get a picture.
This was the third one I saw. I think they are painted, I did't look that close. 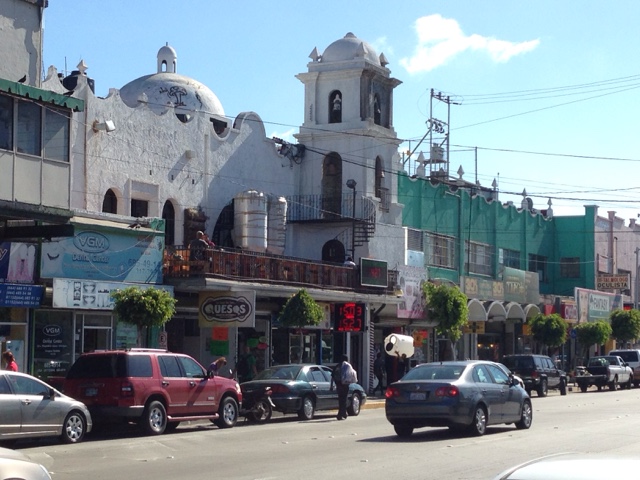 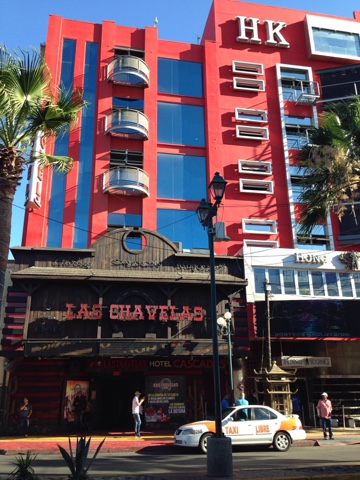 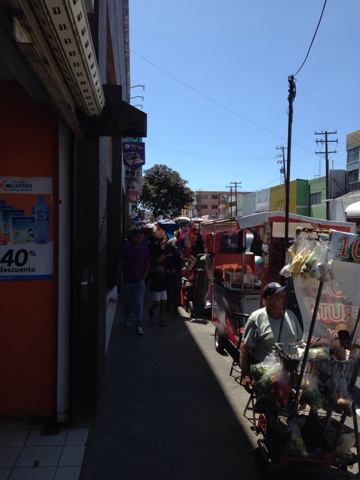 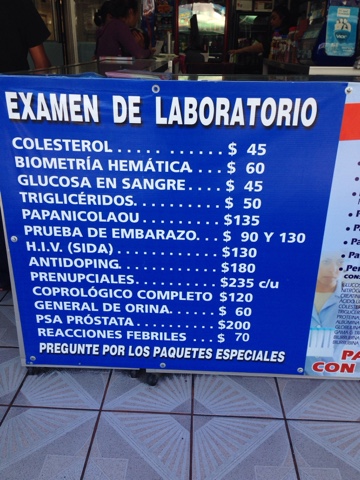 I thought these prices were interesting for a little walk in pharmacy. 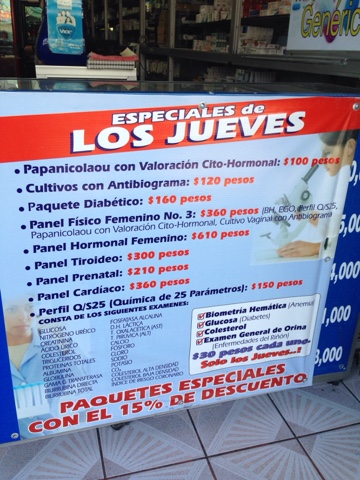 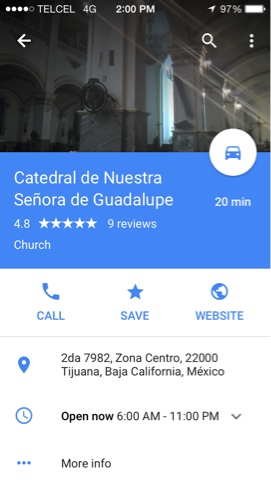 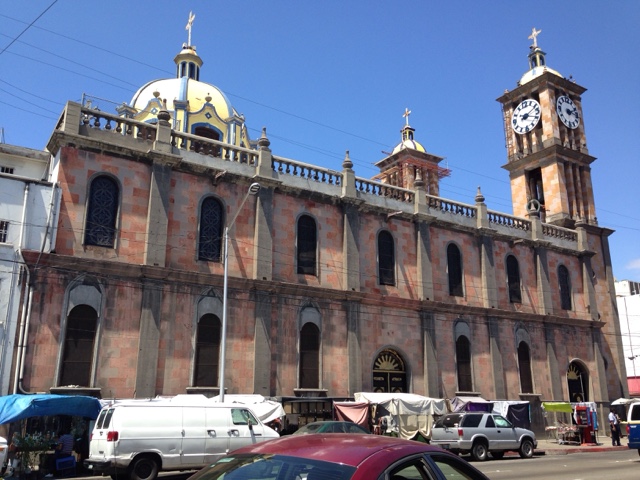 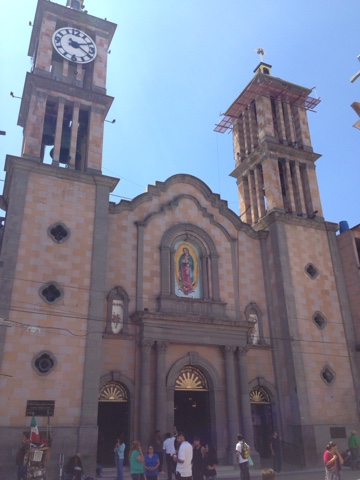 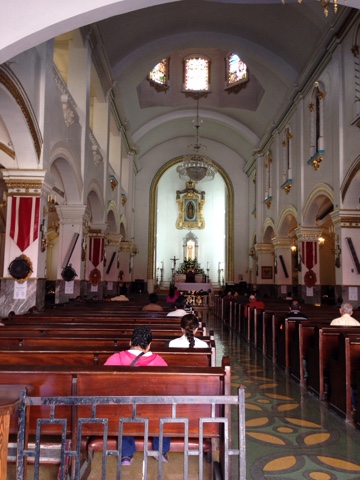 After all the Zona Norte craziness, I went to a church, a beautiful place, it doesn't make me believe in "gods", but I appreciate what people do in their name. 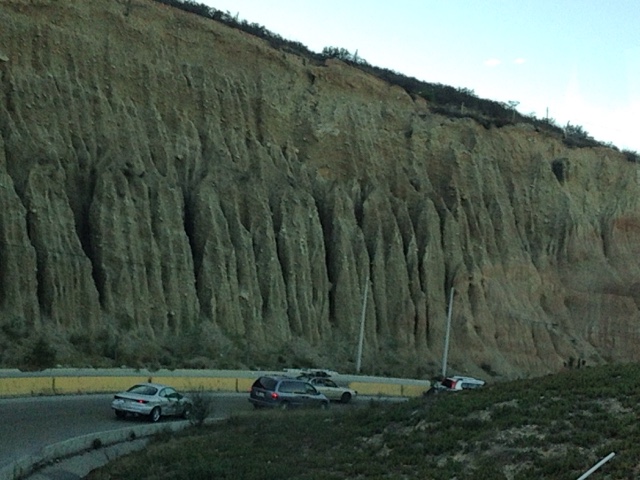 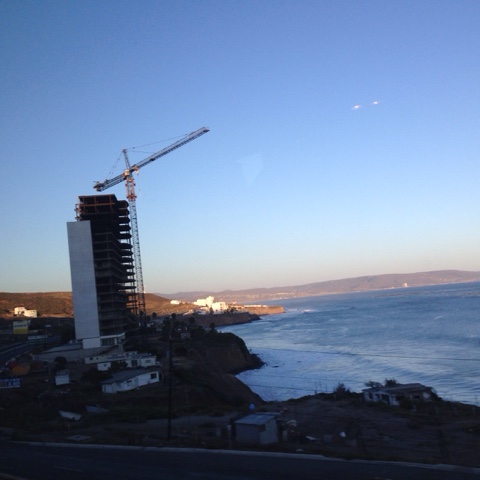 Lots of construction of these beach front condos, not sure who is going to buy them, some looked like they have been half built for a long time. 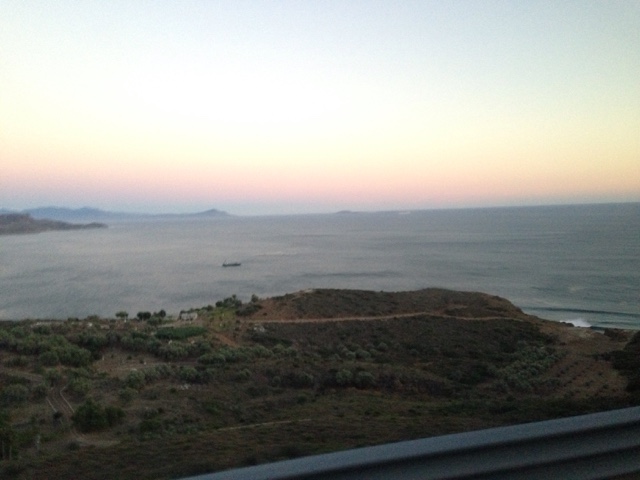 I need a better camera..
That's a fishing boat and way out there is a cruise ship heading back to California 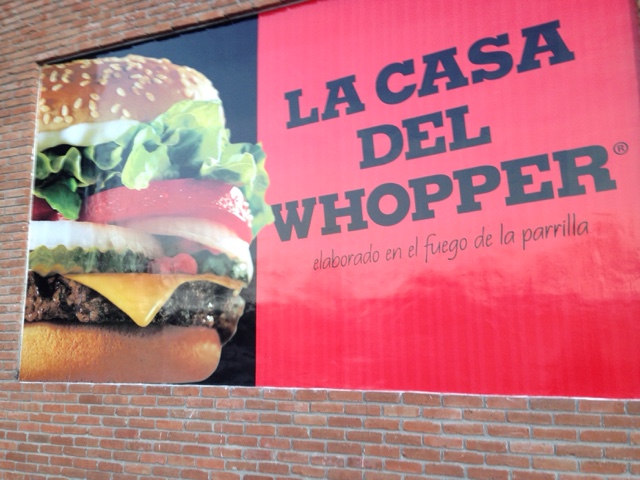 Dinner back in Ensenada, I haven't had any fast food since I left California.
A Whopper Combo, frys, small drink, 68 pesos $4.53
It was the same as the U.S. version, home of the Whopper
Posted by Randers at 1:25 PM

Email ThisBlogThis!Share to TwitterShare to FacebookShare to Pinterest
Labels: Exploring